The production was really creative from the first cut to the last and the storytelling was great.

What more can I say? Rick Rubin’s amazing minimalist production and a big sound, coupled with tremendous rhymes being traded back and forth by Run and D in that signature sound only they share. The production was really creative from the first cut to the last and the storytelling was great. Run-DMC was able to mix humor and seriousness into one album that was is still seamless.

I am not going to spend too much time reviewing the popular cuts but I will go through a few that stand out.

Peter Piper is Jam Master Jay at his finest. Jay took the classic Bob James break Take me to the Mardi Gras, and just ripped it. This was not the first time it was used in hip hop track but they probably did it better than most.

This was a fun song featuring the magicians Penn and Teller in the video. An interesting play on the Knack’s, My Sherona

Say no more. The group also scored the first major commercial endorsement for hip hop artists from an athletic company.

This was probably the most commercially successful rock-rap mashup of its time and probably the most authentic sounding. I’m not going to spend too much time on this since song. Unless you have been living in a tomb for the last 30 years you have heard this at some point. This was pre-Kid Rock and Limp Bizkit.

RUN and DMC trading really great rhymes over a hard beat. The drummer on this track was a 16-year-old neighbor who just busted it on the drums. (Years later Eazy and Dre would do Two Hard Muthafuckers on the Eazy E album with Yella on drums which are kind of reminiscent of this song.)

DMC really shines on this track with Run beatboxing. I don’t think Run was in the same class as Buff Love or Doug E Fresh but Run can definitely hold his own.

Kings from Queens from Queens come Kings! Indeed. I was still living in Brooklyn when I first heard this on WBLS late one night at the tender young age of 10. My parents thought I was asleep but little did they know it had just started, AHHHHH HAHA. Ironically, Queens would be my future home about a year after I heard this song.

RUN DMC’s Raising Hell title cut just obliterates every other track on this album and thatʼs not easy to do. Rick Rubin, producer extraordinaire, very competently plays guitar on this track.  The sound was so big on this song. I remember hearing it and just being floored. It was like a soundtrack for comic book superheroes. The lyrics had great imagery, “Fires from the depths of hell you can smell the smoke!

RUN DMC – You be Illin

This is a fun little song. I think Run said it was inspired by PrinceʼsRasberry Beret. The sax was a nice touch on this tune. You often didnʼt hear hip hop groups adding this type of instrumentation during this era.

You proceeded to eat it because you was in the mood, but homes you did not know it was a can of dog food.

I love the 808 kicks on this song along with the hook “Dumb” which was turned down a few pitches. This was a creatively unique sound for the time. This is when hip hop artists still took chances. RUN DMC’s Raising Hell was an album that knew how to do it right.

RUN DMC – Son of Byford/Proud to be black

Son of Byford was the intro that served as an ode to DMCʼs family. Run is back on the beatbox. This song is interesting given the timing of the pro-black sentiment. This was just before Public Enemy came out with Bum Rush the Show espousing with Chuck Dʼs fiery political messages dedicated to raising the national black consciousness.

So what are your thoughts? Lets us know in the comments below.  If you enjoyed this post you can find all our posts here. Below are some of our recommended products related to this post. Thanks for reading and never stop making music. 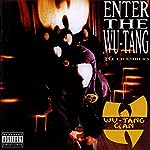